It's so much fun to do the unexpected, and I think I managed it this time. I let everyone know that Werewolf U was releasing on 16 Oct, but what I didn't tell you in advance was that two more short stories from the same world were releasing 23 Oct and 30 Oct. Now all three are out...and more are planned. Have fun reading them! 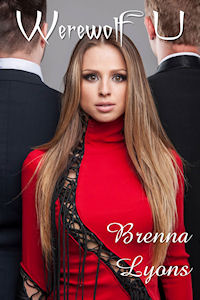 
Samara has been given a full scholarship to Lupi Lucania Universitas Scholarium in Italy. It's a dream come true. The university is one of the best in the world, and she intends to make the most of it. What she doesn't count on is two very distracting brothers who have a different idea of advancing her education than she does.

Usually she-wolves come to the University with full knowledge of Lupine history and traditions. James and Jason will have to teach their little mate everything. Born to a human who refused to take her wolf mate permanently into her life, Samara is nothing like what the duo envisioned...and more than they ever hoped for. 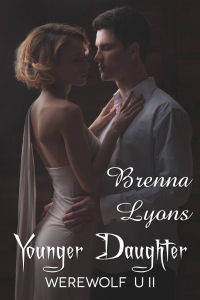 Aurora is a wolf princess who has never fit the Alpha female mold. Unlike her older sister Talia, Aurora likes getting her hands, feet, and any other part of her body dirty. She would rather wear Daisy Dukes than designer gowns. She keeps her hair cut short instead of long, the way most alphas do. Moreover, she doesn't like alpha men...alphas who aren't related to her in general. When she meets Nolan, Aurora finds focus...and maybe more, but will her family approve of her taking a mate who isn't an alpha? 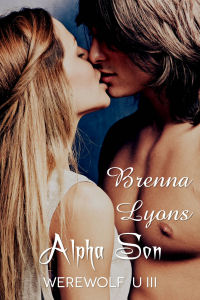 Tyler made a bad decision when he was a first year student. Now that his den brother has been dishonored, Tyler wants to make all the wrongs in his life right, not the least of which is claiming Julianna as his mate.
Posted by BrennaLyons at 5:39 AM