Where to start? Probably with the great review I got on THE LAST OF FION'S DAUGHTERS from Joyfully Reviewed! Patrice F. loved it and Joyfully Recommended the book.

Other great new reviews this month include...

"Last Chance for Love is an enthralling book with the ability to fascinate the mind and supercharge your libido. The characters aren’t without their flaws, and that makes them even more endearing. Ms. Lyons writes about a world that draws you in. I’m eager to read more about Kegin and the people prepared to repopulate their home world through love and respect for their mates."Reviewed by Scandalous Minx for Literary Nymphs Reviews 5 Nymphs!

"Rites of Mating takes us back to Kegin and the characters we love. Ms. Lyons has written yet another compelling story about this world and their people. She has left a bit of suspense to entice us with a few new characters. I’m looking forward to seeing the rest of the royals find their true mates." Reviewed by Scandalous Minx for Literary Nymphs 4.5 Nymphs!

"Matchmaker’s Misery takes off at a wildly passionate pace with Pilar’s story in all its Romeo/Juliet-esque angst. Her star-crossed mating is torrid while traveling an emotional rollercoaster. I had nary a complaint. Although Eve’s budding romance is enjoyable, it’s a cheer fest for the underdog and enhances her confidence and complexity. Kyra’s story fell flat at the beginning but by midpoint through the end, I was won over. I think I was confused about her condition. Still, once I got into the story, it was smooth sailing. Everything staggers to a halt with a tiny cliffhanger. This was a bit of a letdown because I admire how Ms. Lyons’ world building skills leaves enough space for a continuing the main storyline without resorting to serial tactics so that each installment is closed. I guess it worked because I’m tapping my toes in anticipation for the next segment. " Reviewed by Patrice F. for Joyfully Reviewed

I will add my apologies to anyone who found the ending jarring. In actuality, I started adding the cliffhangers back in Rites of Mating, with showing Cored in that book. Since the next five books are so interconnected, it helps to meet people who will become important in the next book. Again, I apologize for any discomfort this caused.

"Anna had decided to give in to Matt's advances if only to deal with the results of the erotic dreams she'd been having. She meets a hunk who would be perfect, but she already has the evening planned and it doesn't include the hunky Corwyn. Nor does it include Jorg', the man at the bar who comes on to her as she's leaving. Anna has no clue. She doesn't know that Corwyn's father died protecting her. She doesn't know that Jorg is an elder vampire and she DEFINITELY doesn't know he wants her to bear Corwyn's child so that their child can bear the vampires' children when she comes of age! Night Warriors: Book One was really a quick moving book. It caught me right at the beginning and just swept me up in the German-based warriors vs. vampire legends. The tales of the Hunter family and its member groups was fascinating and I highly recommend it to anyone who likes this genre. Since this is book 1, I am already wanting to read book 2 (hint, hint.....)" Reviewed by Nancy Eriksen for Paranormal Romance

LONG link on this one

"This story was a nice surprise. The story is rich in Germanic lore and history of the two classes of people. The book is done in sections or parts and I think this gives a richer understanding of the overall story being told here. The world-building is excellent. The Warriors lifestyle is very inventive, as well as the Beasts’. By the end of the [first] story I was seriously on the edge and loving every minute. The ending however shocked the hell out of me. Not what I expected. But the story is fricken fantastic and worth it! The second part of the story starts out years later, and the battle still rages on between Beasts and Warriors. The book could have ended and I’d have been fine, but knowing there is more to come makes me excited to revisit this world! It has vampires, warriors and bad chicks! The sex is hot! The fight scenes while not overly bloody, still kick ass! Don’t let it pass you by!" Reviewed by Acquanetta Ferguson for the San Diego Erotica Books Examiner 5 stars! "Highly recommended buy!"

CATCH ME, IF YOU CAN

"This action-packed short was the perfect “waiting room” escape. As an Italian, I found myself laughing out loud at Mama. She was so convincing, I could almost smell the lasagna." Reviewed by Jaded for Bitten by Books 3.5 Tombstones!

"I will not give away pertinent information here, but I really like the idea behind the story. Bottom line, this book is recommended. For such a short piece it is complex, yet makes you crave more from the dynamics of the world. The sex scenes are hot. And the intensity between the two characters is great. Don’t let this pass you by. [snip] I would love to know more.*" Reviewed by Acquanetta Ferguson for the San Diego Erotica Books Examiner

*Note from Brenna: It's a good thing there are more coming in this world!

"CLOSE ENOUGH TO HUMAN was an exceptional read. I found the world Ms. Lyons created to be realistic. Both main characters had humanistic characteristics but also the genetic makeup of their Xxanian ancestors as well. I blushed more than once, that’s for sure. CLOSE ENOUGH TO HUMAN is a great book – reading it will brighten your day. I know it did mine." Reviewed by Natasha Smith for Romance Junkies 4.5 Ribbons! 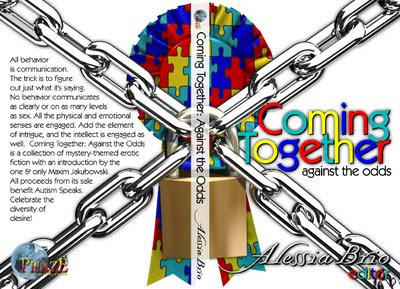 And then there's COMING TOGETHER: AGAINST THE ODDS! This is my second outing in one of the charity anthologies, and this one is to benefit Autism Speaks, a cause close to my heart! Because the book got so many great submissions, Debi Lewis had to redesign the cover. The wrap is above, and I placed both the original front and the redesign below to let you compare. I adore the switch-up. It's gorgeous.

IMPORTANT NOTICE: For those waiting for COMING TOGETHER: AGAINST THE ODDS to release, the e-book release has been moved up to May 18th! That's right, just a few days away. The print release, to my knowledge, will still be June 22nd. 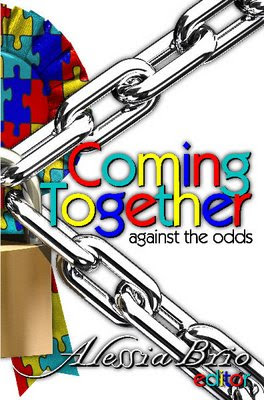 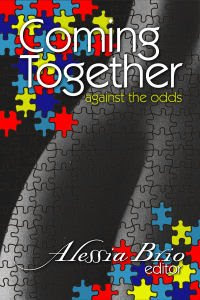 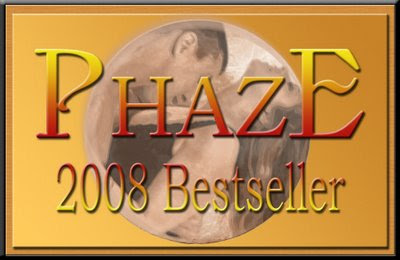 And, of course, Phaze has started making icons for our bestselling books. As you might know, LAST CHANCE FOR LOVE (in less than 5 months of being available in 2008...and as a re-issue) took #4 bestseller for Phaze.

My bestsellers in 2008 for Phaze included LAST CHANCE FOR LOVE (July, August, September, and October), FATES MAGIC (August), RITES OF MATING (September and October), and IN HER LADYSHIP'S SERVICE (October, November, and December).

So far in 2009, IN HER LADYSHIP'S SERVICE continued in the bestsellers in January, and MATCHMAKER'S MISERY was there starting in March! In April, ANIMAL INSTINCTS hit the Phaze bestsellers. Here's hoping for a long and happy run on the bestsellers this year!