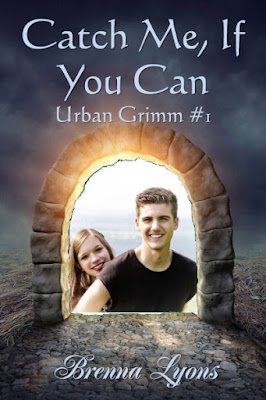 Catch Me, If You Can (Urban Grimm #1) by Brenna Lyons
action urbanized fairy tale erotic romance
18485 words, 125 pages
$0.99 in ebook
A retelling of the classic Grimm's tale "The Hare and The Hedgehog."
When Angelo Maretti's twin sister is killed by 'family rivals,' the retribution backfires in the form of a mobster who wants to kill Angelo as well. His foe is the last of the culprits left alive, and he will die, God willing...but not by way of a gun. To avoid a war, all of the guilty have to die without a sign of interference by the Marettis.
CONTENT ADVISORY: This is a re-release title. 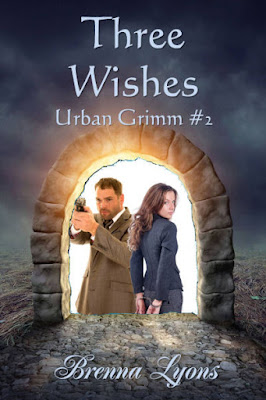 Three Wishes (Urban Grimm #2) by Brenna Lyons
action urbanized fairy tale erotic romance
27469 words, 185 pages
$0.99 in ebook
A retelling of the classic Grimm's tale "Three Little Men In The Wood."
Ellie D'Arcy just wants to graduate college and move out of her home to escape her stepmother and stepsister. Her inheritance can wait until she reaches 25, as long as she's free. But, there's another inheritance she is due at 21, one she never knew was coming. What happens when a 21st Century woman is given three wishes by fairy godfathers? Simply put, havoc ensues, because the fae have a sense of humor the likes of which you've never seen before. They also have tempers.
CONTENT ADVISORY: This is a re-release title.
Posted by BrennaLyons at 12:30 AM