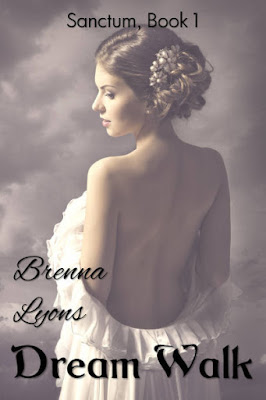 Dream Walk (Sanctum #1) by Brenna Lyons
contemporary fantasy action erotic romance
38057 words, 223 pages
$2.99 in ebook
From the age of five, all of Sanctum has known Jaden would marry the Mage Lord's eldest female heir, but Rachel has no interest in being Jaden's mate. In fact, she denies that she is Jaden's mate and insists that the Mage Prophet who foretold it was wrong.
As a Dream-Walker, Jaden can enter the dreams of anyone who asks for his help. The only dreams he can enter uninvited are those of his mate. But when he's drawn into his mate's dreams, he finds much more than he bargained for. His mate is in danger...and she isn't Rachel. He discovers that Lara is the Mage Lord's eldest female heir, an heir no one within Sanctum knew existed.
Now it's a race against time. A rogue wants Sanctum, and Lara is his way in, if he gets to her before Jaden can.
CONTENT ADVISORY: This is a re-release title. 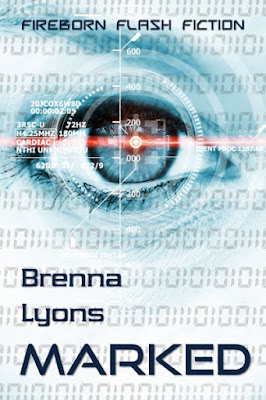 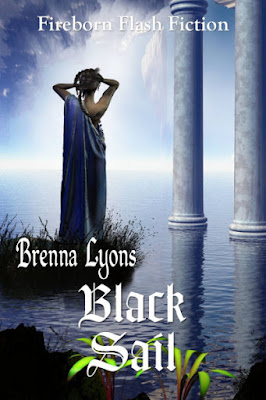 Black Sail (Mythos #2) by Brenna Lyons
15063 words, 81 pages
$0.99 in ebook
Myth tells us that Ariadne saved Theseus from the Minotaur's lair. It tells us that she was stranded on the deserted isle of Naxos, and Dionysis found her there. The myths are incomplete.
When a strange man washes up on the shores of her beloved Naxos, Ariadne longs to be his. Dionysis has no clue who Ari is or how she came to Naxos, but he won't rest until he knows--and until she is his. Can a former princess with no faith in gods learn to love again?
CONTENT ADVISORY: This is a re-release title. 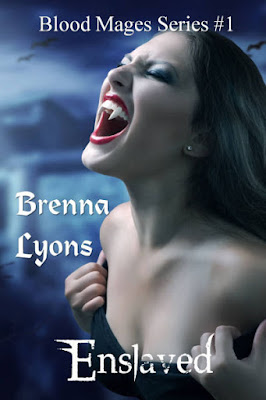 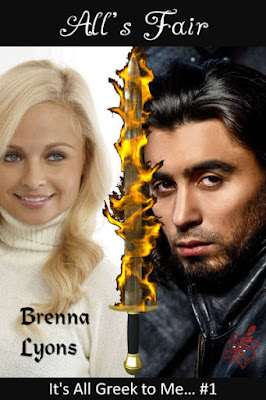 All's Fair... (It's All Greek to Me #1) by Brenna Lyons
Valentine's Day contemporary fantasy erotic romance
21561 words, 123 pages
$1.99 in ebook
All's Fair in Love and War. It better be. When a grudge match between the gods of love and war catches the next generation in their battle, sparks will fly. But they won't be sparks of anger.
Five millennia ago, Davon -- Horseman of War, son of Ares -- insulted Eros, God of Love and Lust. Young and headstrong, Eros decided to teach Davon a lesson about his own nature. Until the young horseman can embrace the god of love with affection, he will be impotent. Such a loss for his lovers.
While Davon cannot stomach the idea of embracing Eros with anything but his hands around the other man's scrawny throat, Love will eventually find a mate and produce heirs that Davon might have a chance of liking, despite their parentage. After all, it is Love's nature to do so.
When two strange men who don't show up on film save Khrystal from a mugger, her life takes a turn toward the strange. Considering the fact that her mother is a psychic who is completely besotted with her husband, a man that left them two decades earlier, saying Khrystal's life has become weirder is saying a lot.
CONTENT ADVISORY: This is a re-release title. 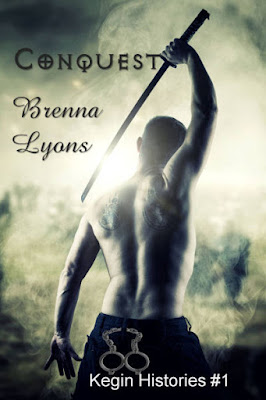 Conquest (Kegin Histories #1) by Brenna Lyons
fantasy action erotic romance
20385 words, 118 pages
$1.99 in ebook
They were secret lovers, allies separated by borderlines and loyalties. When a threat to Meretta's life forces Culdan to action, the only way to preserve the peace and salvage their relationship is to feign conquest. It's not the Lengar way, but it's the only thing Meretta's Magden Warlord father will respect. Taking her as his bed slave, Culdan has to plant his heir on the run from half of Velt's army. If he manages that before he faces her father, they might just avert a war.
CONTENT ADVISORY: This is a re-release title. 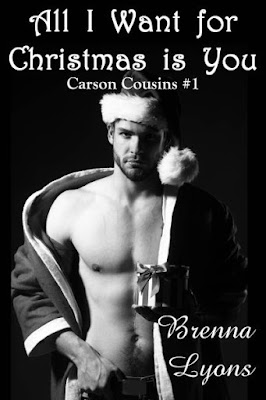 All I Want for Christmas is You (Carson Cousins #1)
by Brenna Lyons
contemporary erotic romance
31297 words, 176 pages
$1.99 in ebook
Two years after losing her fiance Zach in a car accident, Robin is moving on. She's set her priorities, and one of them is following through with a life plan she and Zach made together...having a baby. It would be best if said child shared some of Zach's genes.
Enter David, Zach's older brother. He's Robin's best friend, her confidant, the one person who won't think she's crazy to do this...she hopes. Since there's no chance the ladies' man will fall for her, she hopes sex with him will stop the dreams where David takes Zach's place.
It's the invitation he's been waiting for, three years of watching Robin with his little brother, then watching her grieve Zach. If only she wanted David for himself and not a convenient sperm donor to conceive his brother's child. Then again, in such close quarters, maybe he'll be able to convince her to something more permanent...if his parents don't catch wind of the whole thing first.
CONTENT ADVISORY: This is a re-release title. 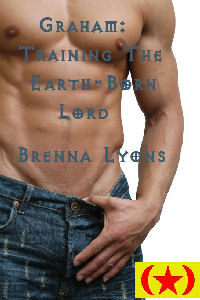 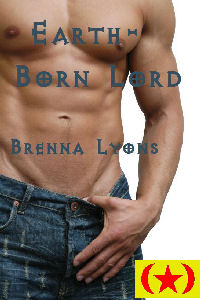 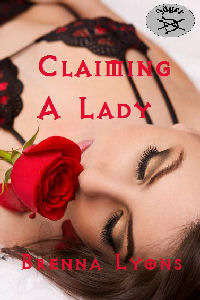 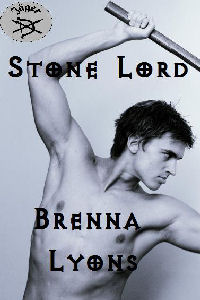 Stone Lord (Part One) by Brenna Lyons
paranormal fiction
6721 words, 30 pages
From the Night Warriors series, comes this tale that shows what happens when the old stone lord dies before the young one is a sealed Soldat der Nacht. Will the stone be lost to the Warriors until the new lord matures? Will a child hold the gods' vessel? The answer just might surprise you.
Posted by BrennaLyons at 9:34 AM