It's that time again! New releases up for sale! 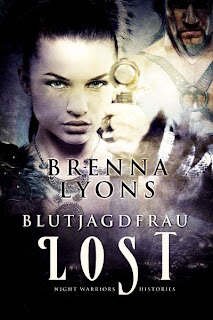 BLUTJAGDFRAU LOST (A Night Warriors History) is available in ebook from Phaze.

Rajicorin's mate has gone beast and released the Stone to the traitors.

The only way she'll live to hold her son is if she leaves the Warrior village behind and keeps herself hidden from both sides.

The war refugees believe Raji is a great sorceress, and legends of her spread. But the Stone is playing one of Her twisted games. Raji is carrying not just a son but also a daughter.

Orphaned at birth and left to be raised by the barbarian refugees, Korji and Ahdia have no idea which dark giants are friends and which are foes. It is up to Taigh and his family to win their trust and bring the lost children of Ani home to the Warriors. 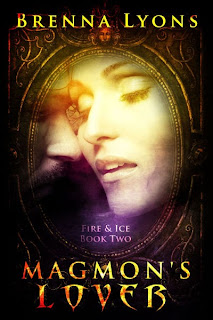 MAGMON'S LOVER (Fire and Ice #2) is also available in ebook from Phaze.

BLURB-
Before Karliss Furia, Magmon's Vessel, was presented to his Ician, he had to be trained to seduce a skittish virgin.

Rostana Renald was gods-crafted for such pursuits. Rostana came to the temple in Magmalen, hoping to be trained by the priests in lovemaking, but when Zaden is less than pleased about her pursuits, she finds herself in the arms of Zaden's father, Councilor Gabel Tiben. He's a man nearly three times her age, but he's fire between the sheets.

While Rostana is sure society will prevent such a match, Gabel will not be denied. After knowing the touch of a god, Rostana responds to him. What more proof does anyone need that she is destined for him? 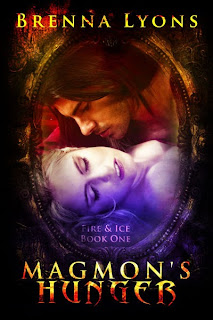 Phaze should additionally be re-releasing the first book in the Fire and Ice Series, Magmon's Hunger, with a new matching cover soon. Isn't it gorgeous?
Posted by BrennaLyons at 6:27 AM No comments: