KEIF'S PACK IS A BESTSELLER!

OMG! Keif's Pack was up on ARe for ONE DAY, when it made the site-wide bestseller list. In less than 48 hours, it jumped to #14 on that list. I am so excited. It's live now on ARe, Amazon Kindle, Kobo, Coffee Time Romance, and B&N Nook. And, of course, it's also live in print on CreateSpace and Amazon.
Posted by BrennaLyons at 4:10 AM No comments:

Okay... The hosting service is still dragging on the SSL, but I promised readers they could buy Keif's Pack today, and I won't be made out a liar, because someone else is slow on the draw. I've loaded Keif's Pack to all the distribution Fireborn already has set in place: ARe, Amazon Kindle, B&N Nook, and Kobo. They take varying amounts of time to be live for sale there, so I think only ARe is live at the moment, but ARe has almost all the formats (and a sale price for the next week). And, of course, the print copy is live at CreateSpace. As soon as the SSL is in place, I'll put the word out for people who want to buy from the Fireborn site. Thanks for being patient.
Posted by BrennaLyons at 10:20 AM No comments: 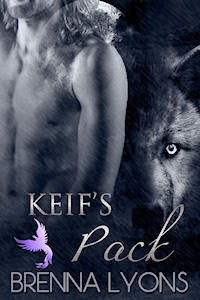 Well, we're still working on the SSL to be activated on the Fireborn Publishing site, but in the meantime... Since print books go through CreateSpace's cart and not FBP's cart, Keif's Pack just went live on CS! As soon as the SSL is activated, we'll take the ebook live on FBP's site and start distributing it.

Posted by BrennaLyons at 3:44 PM No comments:

So...someone asked me if I was going to jump on the new Kindle Unlimited bandwagon, and I decided to share my opinion openly. And that opinion is? Since you have to put the book in Select, it's really no good for authors...or readers, in general. Sure, it's good for a select group of Kindle owners, but it's not good for the rest.

You see, Select requires you to sell the ebook NOWHERE else, not even your own sale site. I'm sorry. KDP is ONE SITE. It's a big seller, but cutting off all my other sale sites, including my own, where I make MUCH more money per sale, is not going to happen. I tried it once...long ago, and I proved it doesn't work well for me. What you gain from Select does not make up for the lost distribution and sales percentages from cutting off all your other sites. Hate to say it this way, but I have two other distribution channels (BESIDES my home site) where I make more money per sale than Amazon gives you. I have an established audience who expect to purchase my books at certain sale sites. Forcing them to all go somewhere some don't want to is counterproductive to me, and cutting off other distribution is counterproductive as well. From that POV, it is not good for authors/publishers to include themselves, in general. It's okay if Amazon is all you do to sell, but if it's not...

Additionally, KDP is one format (well...two, since Mobi and PRC work natively on most Kindle units, Amazon's format is just juiced up Mobi, since they bought the Mobi platform, and PRC is just another form of Mobi). I sell my books in 9 formats, to appeal to a wide range of readers. All the numbers I have say there are three MUST-HAVE formats that account for well over 90% of ebook sales (Mobi/PRC, ePub, and PDF). The other forerunner is HTML, but I choose to offer the lesser-known formats as well. If the book isn't available in ePub, PDF, or the lesser formats, there are a lot of readers who simply will not buy it. In fact, there are some who will purposefully pirate it, if it's not available where they want to buy and in the format they want to buy it in.

Amazon's mindset seems to be... "If it's not available on Amazon and isn't available in our native format (that we own), it's not worth reading." I'm sorry, but I cannot agree. The point is to be accessible to as many readers as I can, not to cut my chances of that and cause readers to be disgruntled.

So...no, I will not be engaging in this service.
Posted by BrennaLyons at 7:36 AM No comments:

SALE on Will of the Stone (Night Warriors #2)! ACT FAST! 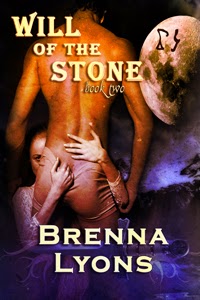 Today and tomorrow (Wed and Thurs) ONLY, Will of the Stone (Night Warriors #2) is on sale at ARe for $1.39. If you haven't read it yet, it's a good time to try it.
Genre- Paranormal highly sensual/erotic romance

BLURB-
WILL OF THE STONE (formerly titled KÖNIG CURSEBREAKERS)- PEARL finalist 2004- The NIGHT WARRIORS saga continues with the tale of Hunter Crossbearer-König and his sister, Erin. Pursued from the moment her curse strikes her, Erin is wanted as mate by the last beast elder, Lorian, and every warrior who hopes to be the next Lord König. Meanwhile, the only man Erin would submit to isn't interested in the job...or is he? With König established as the house of Blutjagdfrau, Hunter is relegated to running Crossbearer in his father's place. Can he convince his chosen mate that the stone is not to be denied? Sarah, the warrior's most powerful human sensitive, is wanted by Lorian just as Erin is. Can the two women, together with Hunter's son and the ancient stone, do the impossible and free the last elder?
HEA-yes, VIOLENCE-high moderate, LANGUAGE-moderate, SEX-highly sensual

Includes:
CLAIMED: KÖNIG MATE- His name is Mikel of Crossbearer, the König prince, a feared and revered Warrior sensitive. She is Holly of Schmeidt, the freed daughter of a Warrior and a human sensitive. When Mikel orders her brought before him as a potential bride, Holly wants nothing more than to tell the Prince to get lost and return home, but something about Mikel calls to her. It started when Mikel was two and he innocently claimed the mate he knew to be his. Holly has been lied to for her entire life, denied the chance to travel as she'd wanted to. But, now Mikel is calling her home.
HEA-yes, VIOLENCE-none, LANGUAGE-moderate, SEX-sensual

Stealing Innocence- The last elder, Lorian, is on the prowl for a female, and Haylie is just the sort of woman to catch his eye. She's a relative innocent in a crowd of vampire wannabes. Lorian is out for a little training to prepare him to win over his virgin bride. If he can entice Haylie to him, he might have a chance with Erin.
HEA-no, VIOLENCE-moderate, LANGUAGE-moderate, SEX-erotic

Autonomy- Erin is sweet sixteen and never been kissed, but now she has autonomy, and Curt Maher is her birthday wish.
HEA-no, VIOLENCE-none, LANGUAGE-moderate, SEX-sensual
Posted by BrennaLyons at 8:02 AM No comments: 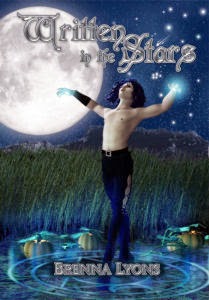 BLURB-
On the world of Terra Set, where the night is twice as long as the day and the moon more powerful than the sun, live the Star Mages. Essential to supporting the crops that feed the masses, they are protected men, revered, yet still mistrusted.
An ancient myth tells of a female mage born at the Silver Minute. She holds a magic that, shared with a mate, will be unequaled. Riena is that mage.
A ruthless king will stop at nothing to force Riena to take his son as mate. Her life and freedom depend on one challenge—hide as a man.

And yet ANOTHER new piece of art today!

And another new piece of art from Phaze Books﻿! The tentative release date on this one is 9 Sept 2014. Just gorgeous! Looks like it's a great day for art. 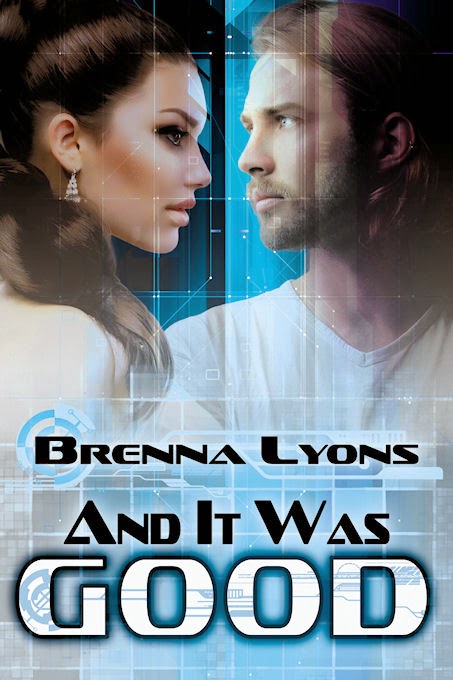 Posted by BrennaLyons at 3:23 PM No comments: 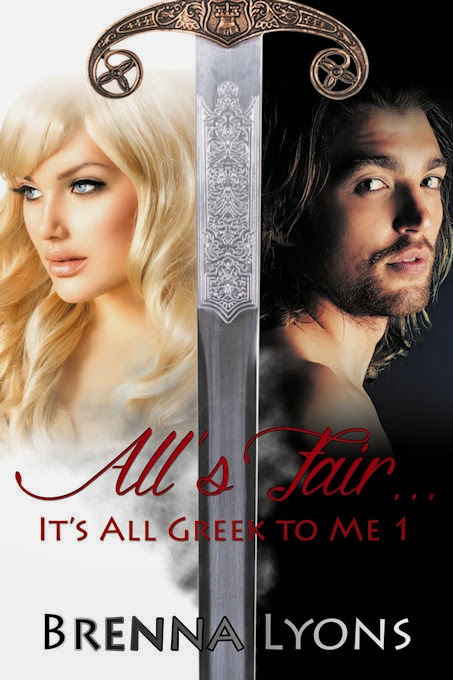 Just got the art for the re-release of ALL'S FAIR in from Phaze Books. The tentative release date on this book is 12 August 2014. Can't wait!
Posted by BrennaLyons at 10:01 AM No comments: