I've got a ton of new releases at Phaze Books this summer and more coming soon!  And remember! All books (print and ebook) are 20% off at Phaze until Sept 30. Just enter the code SUN at checkout! 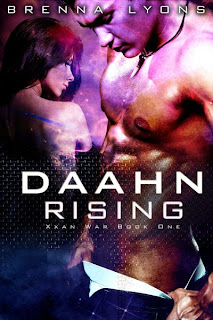 
Available in Print and eBook from Phaze Books! This title is an anthology re-release from the series.

BLURB- MATING SEASON- It's mating season. Zondra Daahn has hit her quickening with both feet and no warning. She's on the prowl for a male to sate her, and Evan Duncan is just the overbearing, alpha male she needs.

There are just a few little problems...

CLOSE ENOUGH TO HUMAN- Miri Johns is a negotiator for the Xxan. When it all blows up, she finds herself captured by humans, an illegal crossbred experiment used as a weapon against them. The best she can hope for is that they'll kill her without torturing her too badly first.

Aleeks Daahn is a natural-born crossbreed, raised on Earth. With Miri at the height of fertility, Aleeks may not be able to control the Xxan need to Dominate and claim his young prisoner. Nor does he want to control it. Are two crossbred Xxanians close enough to human to survive in the human world? 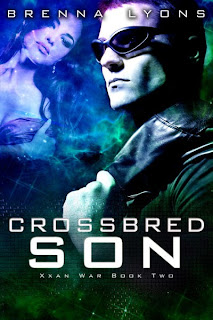 Available in eBook from Phaze Books! This is a new story from the series.

BLURB- Diagnosed with a chronic reproductive problem that would prevent her from having children, Abby walked away from Gabe and her dreams of a life as his mate.

Then came the curve ball. She was pregnant with his child, a child that the human doctors assured her would miscarry before viability.

What's a girl to do? Tell Gabe and force him to mourn a child that couldn't possibly survive or try to carry their son alone and face heartbreak the same way?

No brainer. Or so she thought.

Not only did Michael survive, he thrived. Now Abby is a single Hauaa to a Xxanian crossbred child, in a world where anti-Xxan guerillas are looking for the next reason to attack...and with no clue how she's going to explain the situation to Gabe. 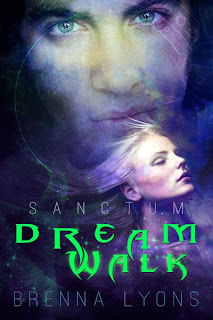 BLURB-From the age of five, all of Sanctum has known Jaden would marry the Mage Lord's eldest female heir, but Rachel has no interest in being Jaden's mate. In fact, she denies that she is Jaden's mate and insists that the Mage Prophet who foretold it was wrong.


As a Dream-Walker, Jaden can enter the dreams of anyone who asks for his help. The only dreams he can enter uninvited are those of his mate. But when he's drawn into his mate's dreams, he finds much more than he bargained for. His mate is in danger...and she isn't Rachel. He discovers that Lara is the Mage Lord's eldest female heir, an heir no one within Sanctum knew existed.

Now it's a race against time. A rogue wants Sanctum, and Lara is his way in, if he gets to her before Jaden can. 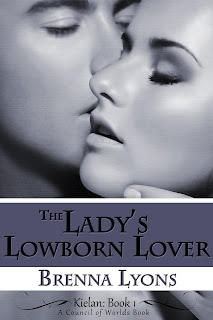 THE LADY'S LOWBORN LOVER (Kielan #1)
Available in eBook from Phaze Books! This is a re-release title.

BLURB-Lady Riann Summer-Night's programs to help the lowborn find matches has brought Jaesin Park and his bond-brother Matty to a fine inn in Hanford.


Alia Autumn fears this meeting day will be her last; if she fails to find a mate or bond-sister in the morning, her high born family may decide she's unmatchable.

Being in a high-stress situation and close proximity are all these two need to find each other...or is it? 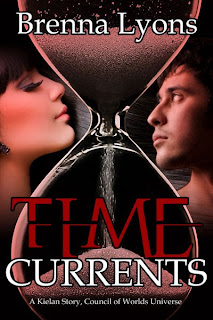 TIME CURRENTS (Kielan #2)
Available in eBook from Phaze Books! This is a re-release title.

BLURB- Lord Sevryn is home for a visit with his intemperate mother and spoiled siblings. Between rants about lowborns, courtesy of his mother, Sev makes a wondrous discovery; one of the maids his mother hired in his absence is his Goddess-destined soulmate.


Or is she? Bettina is his soulmate, to be sure, but otherwise she's not what she seems. Her reasons for avoiding Sev are complicated. Mates don't hide things from one another, and there is a lot Bettina is hiding. For one thing, she's not lowborn. Raised in the lap of luxury, she decided to run rather than embrace a power that threatens her mind and heart.
Posted by BrennaLyons at 9:13 AM