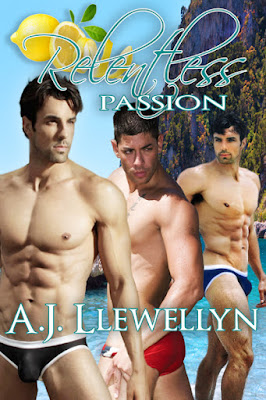 
On a sun-kissed Italian island, twins Zeca and Alex learn that in order to love, they need to become relentless.

Twins Alex and Zeca love to switch identities. It's harmless fun until Alex wants to date a hot tourist visiting their home of Capri, and asks Zeca to take his place on a date with Alex's current beau, Antonio.

After a day in Antonio's arms--followed by a long, lusty weekend in his bed during a trip to Naples--Zeca discovers switching places with Alex isn't so harmless after all. Especially when he realizes he's falling hard for his brother's boyfriend.

While struggling with his feelings for Antonio, consoling his semi-celebrity father (who's having woman troubles) and trying not to upset Alex (who might be in love with Antonio...or his tourist tryst...or maybe the neighbor lady), Zeca wonders how any of them will make it through all the relationship woes with hearts intact. As Antonio says, "Love has a way of fixing things itself." 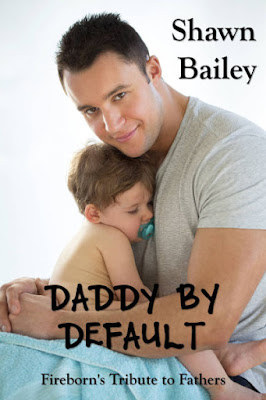 Derek Webster is raising his six month old nephew, Jaden. He meets Chance Richards, a guy Derek wants to have a future with. But Derek fears Chance will leave when he finds out Derek comes with a ready-made family.

Derek Webster's world gets turned upside down when his nineteen-year-old pregnant sister, Ashlynn, is injured in a car accident. The doctors manage to save the infant, but Ashlynn succumbs to her injures. Derek becomes guardian to his nephew and discovers it leaves him little or no time to socialize.

Chance Richards is at the top of his game. He has a job he loves and a loving family. The only thing he lacks is a serious relationship. He meets Derek, a young man with a gorgeous soul and a six-month old baby. The two of them may be happy together, or Chance's fears and vulnerabilities about the future can put an end to them before their relationship starts.

Posted by BrennaLyons at 8:16 AM